In this three week project with the topic „mirror, mirror on the wall“ we created a playful and interactive experience with a virtual mirror.

The task of this project was to show reality in a creative virtual way. The only given parameter was a camera and a screen that should be used as a mirror. We wanted to keep close to the basic concept of a mirror and add effects like different arrangements or rotations to the mirror image. Inspired by the huge variety of shapes and changes a kaleidoscope offers we decided to use this as a foundation for the further project. 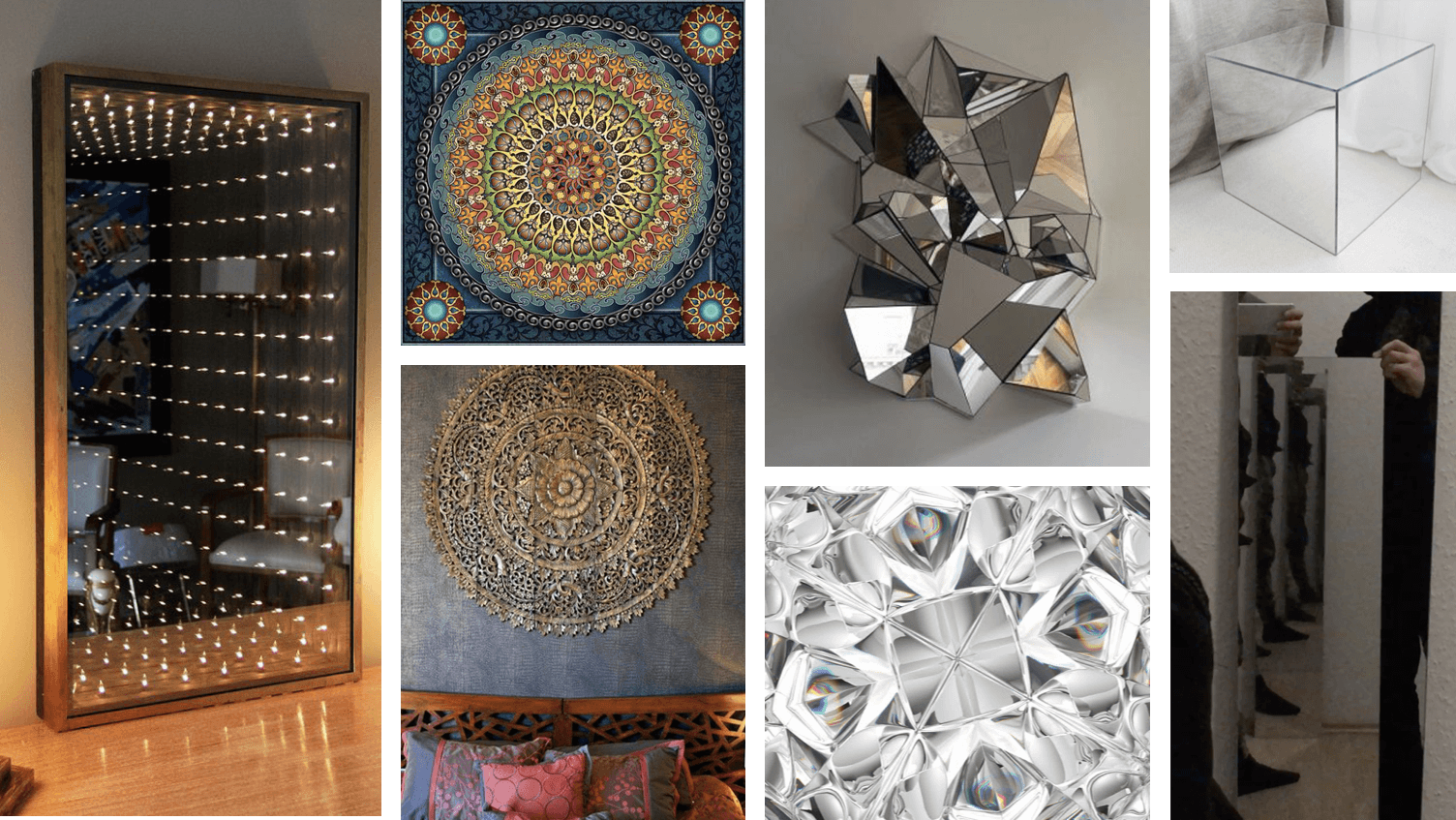 A kaleidoscope is made up of an even number of triangles which are ordered circular. Two triangles next to each other form a pair that is mirrored. Each of these triangles shows a section of the video so that the person sees himself/herself several times in front of the mirror. 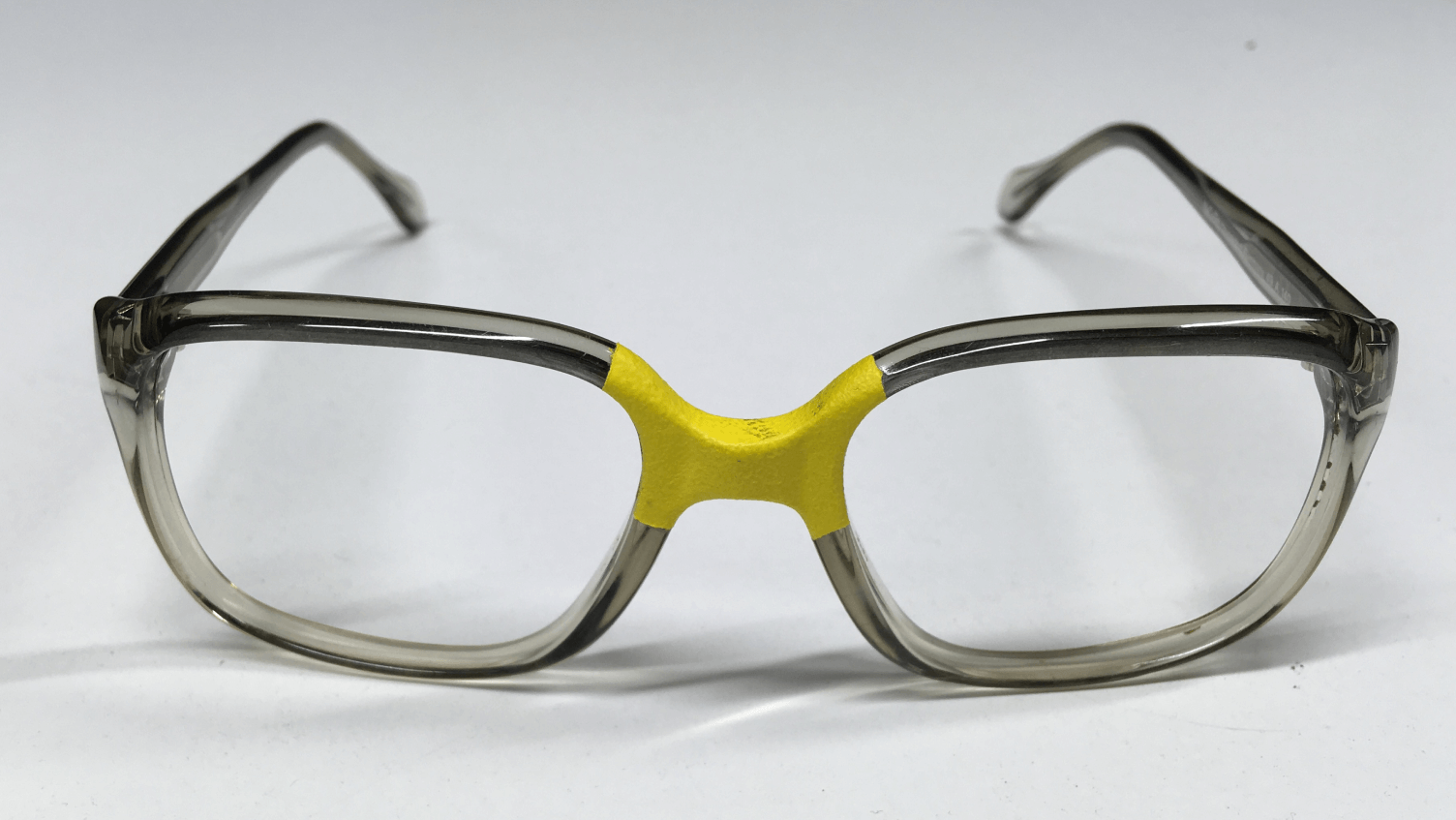 A Java Script library was used which showed the video in many small particles. In its basic form they are triangular shaped and can be transformed to hexagons as well as changing color, intensity and rotate. The different changes create an abstract mirror image.

By moving the head in a horizontal direction, the color of the kaleidoscope changes in order of the color spectrum.

By moving the head vertically the brightness of the color changes.

By changing the distance to the camera the shape of the particles change as well as the their size.

By tilting the head the rotating direction of the kaleidoscope changes.